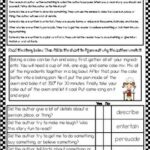 This is a book about censorship and those who ban books for fear of creating too much individualism and independent thought. Excuses such as offensive language and resentment over different levels of intellect which reportedly made people feel bad are some of the given reasons as to why books were banned. The 12 Weirdest Reasons For Banning Science Fiction And Fantasy … END_OF_DOCUMENT_TOKEN_TO_BE_REPLACED